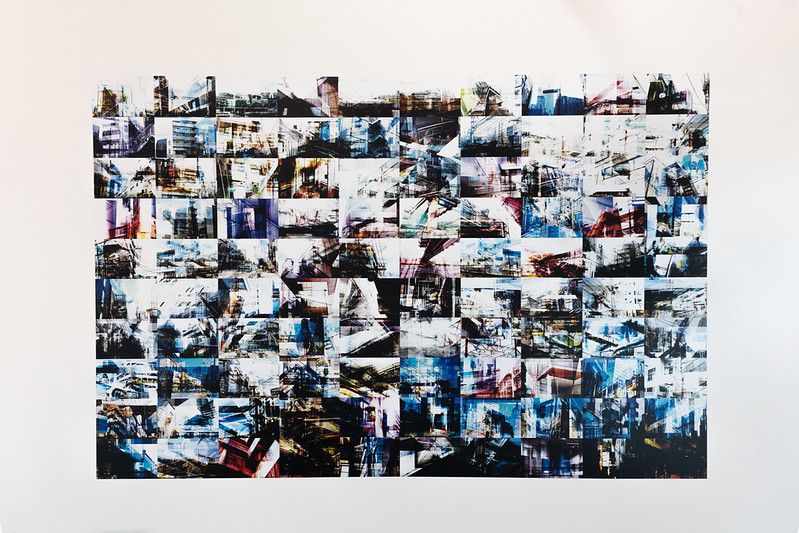 (exhibited in Period 6th, "Overexposed architecture, images and narratives (1995 to the present day)")

(quote from Japan-ness. Architecture and urbanism in Japan since 1945 | Centre Pompidou Metz)

According to the architect Arata Isozaki, Japanese architecture sets itself apart by the immutability of certain values and by an identity that architects have constantly reinterpreted over the centuries. He characterises this distinctiveness, the common theme of the exhibition, with the expression “Japan-ness”.

Visitors are immersed in an organic city designed by Sou Fujimoto and move through the cyclical history of Japanese architecture, from the destruction of the atomic bombs in Hiroshima and Nagasaki in 1945, to its most recent expressions.

From the 1950s, a new vision of the city and land took shape influenced by Le Corbusier’s international modernist architecture in particular. With Arata Isozaki and Kenzo Tange, a new Japanese architecture marked by the use of concrete emerged between 1955 and 1965. The Osaka universal exposition in 1970 signalled a decisive turning point with the emergence of trends such as “Metabolism” and “New Vision”, represented by Kisho Kurokawa, Yutaka Murata and Kazumasa Yamashita, who used innovative materials, forms and technologies

In the 1980s and 1990s, a generation of influential architects appeared on the international scene. Toyo Ito, Tadao Ando, Shin Takamatsu, Itsuko Hasegawa and Kazuo Shinohara developed “disappearing architecture”, marked by the simplification of forms, the use of metal and experimentation with the individual home. The disaster of the Kobe earthquake in 1995 prompted reflection on emergency architecture.

For some years now, a new generation of architects, recognised with the most prestigious awards, has been working towards an architecture of transparency and a narrative architecture. Shigeru Ban, Kengo Kuma, SANAA and even Sou Fujimoto now embody this drive.

The exhibition is based on Centre Pompidou collection, enriched with works and models from architects’ studios, designers, Japanese museums and private collections. This body of works, exhibited for the first time on this scale in Europe, provides a better understanding of the profusion and richness of Japanese architecture and urban design.

OVEREXPOSED ARCHITECTURE, IMAGES AND NARRATIVES (1995 TO THE PRESENT DAY)

The last section of the exhibition highlights thegeneration of Japanese architects who emerged in the early 2000s, widely recognized internationally through SANAA (Kazuyo Sejima and Ryue Nishizawa), Kengo Kuma and Shigeru Ban Studios, followed nowadays by Junya Ishigami and Sou Fujimoto. More broadly, the exhibition endeavours, through more than a hundred projects, to recreate the richness of creativity driven by many architects across the regions and cities of the country.